Michael Robertson Jr, author of Transit, broke into my home and is holding me hostage.

While we’re hanging out (little does he know that cocktail I just gave him contains a powerful sedative—I don’t use poison, because it taints the meat), I asked him 5 Questions ... let's see if either of us survive.
Sadie: First of all, psycho, how did you break in here?

Michael: Hi Sadie! Thanks for leaving the window in your bedroom unlocked, it slid open with no problem. I climbed right in. Sometimes they stick…

Sadie: Stop yelling, and drink your cocktail. I see you have a killer deal going (the only reason you're still living). You’ve just packaged all four episodes of Transit together, so readers can find them in one place.

Michael: Yes, it’s very cool that Transit is now available as a stand-alone novel. I hope readers will enjoy it and have some fun! More fun than the characters, hopefully! I still feel bad for what I did to some of them.

Sadie: Michael, you're still yelling. Do you have a hearing problem? I'm going to ask you 5 Questions, and your survival depends on how you answer.

Q1: When did you first realize that you weren’t normal? Preschool? Kindergarten? Elementary School? Or have you not figured that out yet? In other words … when were you first drawn to horror?

Michael: When did I realize I wasn’t normal? Wait, is it not normal to smile while the on-screen bad guy slices up the pretty blond girl and wears her ears on a necklace? Hmmm… Interesting. In all honesty I’ve had a fascination with horror and the macabre ever since I was a kid. Even when I couldn’t handle it (sleepless nights with sweat-soaked sheets, where the nightlight was never bright enough and mornings could never come fast enough) I still loved horror films. I don’t know why… It’s just part of me I guess. The same way Nicholas Sparks likes to make at least one of the happy people die and cause all the ladies to cry. Isn’t that abnormal too?

Sadie: Q2: Sounds like you're a masochist. My kind of guy.

Transit begins with the end of a dream vacation and a nightmare ride from the airport. Just wondering how you got the idea for this story … did you get this idea while you were traveling, did you work as a van driver, or are you just deranged?

Michael: You calling me deranged? Pot. Kettle. Black. By the way, whatever’s in the oven smells great.

Sadie: Thanks, a neighbor stopped by earlier.

Michael: Huh ... To answer your question, yes. I did actually get the idea for this book while traveling. In fact, the whole opening scene of Transit is based almost exactly off a trip my wife and I took to the Dominican Republic last fall. The flight got in very late, and it was drizzling and cold. The shuttle stops were mostly deserted, and when ours finally arrived and we climbed in (the only ones in the van), I couldn’t help but think what a vulnerable position we were in, and that we were basically trusting our lives with the stranger up front. Then my gears started turning.

Sadie: So you're married. That's too bad. But, come to think of it, that's never stopped me.

Q3: You are one HELL of a fine writer, and unless a computer chip in English literature has been implanted (at great cost) into your brain, I suspect you’ve been writing for some time. How long have you been writing? What else have you written? And what are you working on now?

Michael: Actually, I do have the chip. I’m a beta tester, so the price was FREE! There are some side-effects though. Last night my wife asked me to call the girls in for dinner and I went outside and accidentally screamed 12 lines from Romeo and Juliet through the neighborhood. My neighbor’s name is Romeo. It was embarrassing.

Sadie: I'm impressed. Can you also recite lines from MacBeth?

(Michael's nodding, but his eyes look a bit bleary.)

Michael: What? Sorry. I feel kind of weird.

I asked, how long have you been writing?

Michael: I’ve been writing semi-seriously to seriously for about the last five or six years. The beginning of that time was working on a novel that will never see the light of day, and after that I’ve released three novels (Including Transit) and a handful of short stories and a collection. Most everything is in the horror and suspense genre. I’m about to start a brand new book, actually. I’m still piecing it together in my head, but it’s going to be more of a mystery, I think, which is something I haven’t tried yet, and am looking forward to.

Hey, is the room starting to spin?

Q4: Who is this guy Dan Dawkins who claims to be writing as you under his name? Are you schizophrenic? Do you suffer from multiple personality disorder. Why do you find it necessary to write under different names and confuse your readers?

Michael: Dan is a bad man who did some very bad things. He confided in me, hoping I would tell his tale, and I did to the best of my abilities.
I’ve actually been asked this question very frequently – Readers wanting to know “Why Dan Dawkins” and “Is Dan a real person?” – So I ended up writing a blog post of my own about why I used the name Dan Dawkins for some of my work. You can read it here

Sadie: So you made up a phony identity to gain sympathy from unsuspecting readers? (You really are a psycho.) Have another cocktail.

Q5: I’m pretty sure you read a lot, because you can write. If you had a chance to torture one of your favorite authors, who would you choose? And what would be the method of torture? (Please describe in detail.)

Michael: I’d bring in Dean Koontz and ask him repeatedly why all his new books can’t be as good as the Odd Thomas series. I’d tie him to a chair in a pitch-black room and make him listen to the audiobook of 50 Shades of Gray over and over… only I’d cut out all the sex scenes.

Sadie: I'm revising what I said before. You are definitely a sadist.

How are you feeling? You look like you're going to pot, which is, of course, legal here in Colorado. Not that I have any, but you're about ready for this pot on my stove.

Michael: I’m starting to feel a little tired, do you mind if I lay do—

If you're still reading this, you're obviously sick, so you'll want to check out more from Michael. Contact him:

Posted by Unknown at 7:00 PM No comments:

Advice from Sadie: 10 Signs Someone is a Lowlife Liar

I'm working on a new book:

Prequel to Sadie the Sadist 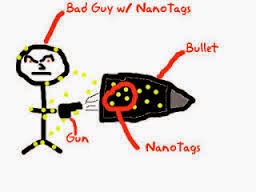 The story will explore how Sadie becomes the girl we know and love. And it will include helpful advice like:

10 Signs Someone is a Low-Life Liar

They say it takes one to know one. Guess that’s why I’ve become good at detecting when someone is a lying slime bag. Here are a few tips I’ve picked up over the years. (Too bad I didn’t know this stuff when I was a kid. Might have saved me a lot of trouble.)

Note: You may also find this information useful if, like me, you’re working to improve your dissimulation skills. 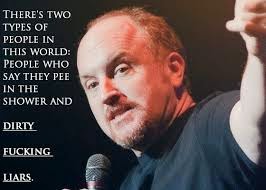 2. Notice the use of did not instead of didn’t, giving the denial extra emphasis. That’s called non-contracted denial, another clue that my father is a lying scumbag. My rule of thumb: No Contractions=Contradictions=BS.

3. If you confront the dirty dog with what you believe may be a lie and he starts panting heavily or his breathing gets shallow, don’t trust him as far as you can throw a stick. (Sweating doesn’t prove he’s lying. He may just be nervous or forgot his antiperspirant.)

4. Liars frequently use euphemisms, filtering harsh reality through a soft focus lens. I would never hurt your mother (a gentler word than kill); I borrowed (embezzled) the money; I think you may belong in a correctional facility, Daddy Dearest (MAY YOU ROT IN HELL, SCUM BUCKET).

5. Constant eye contact can be a sign of lying, especially if it’s unblinking. A person speaking the truth looks away about 60% of the time. Do snakes blink? Absolutely not. I recall only one instance when an honest person didn’t blink at me. His eyelids had been removed.

6. A liar repeat words or phrases, not because he doesn’t remember what he said—because he's trying to convince you that he's telling the truth. Or maybe, trying to convince himself. My advice: err on the side of caution—if someone repeats himself, chances are it’s not due to Alzheimer’s.

7. A liar provides too much information. Instead of getting to the point, he tells the cops all about the hoagie he got from Monty’s Deli—roast beef, cheddar, onions, tomatoes, lettuce, hold the pickles, heavy on mayo and mustard. This is an attempt to appear open and honest, when anyone with half a brain can tell he's full of it. (Not just the hoagie.)

8. Feet offer telltale signs of lying. A liar may shuffle his feet, exposing a desire to escape. Or his feet may point toward the door, another indication that he would like to make an exit. If you want to sniff out liars, a shoe fetish can be helpful. Personally, I prefer high performance sneakers for accelerated lying and fast getaways.

9. When a person puts his hand over his mouth, yeah he could be yawning, but chances are there’s something he doesn’t want to tell you. Instinctively covering vulnerable body parts like the neck, stomach, or my personal fave, the penis, is a sure sign of lying (or possibly a need to use the men's room), so if you want to appear truthful expose yourself.

10. My number one way to determine if a person is lying is to pay attention to gut feelings. You could say I'm hungry for the truth, and liars really rev my appetite. Lie to me, and you could show up on my menu. I find that to be a good deterrent.
Okay, Sadie, you may be saying, I've determined so-and-so is a liar ... how do I secure a confession?
Good question.

I recommend torture. (For preferred methods, please check out my book, Sadie the Sadist.)

Sadie Says: Torture is the spice of life! (and death)
Posted by Unknown at 9:12 PM No comments:

Email ThisBlogThis!Share to TwitterShare to FacebookShare to Pinterest
Labels: 10 Signs someone is a liar, Catching Liars, Liars, Sadie the Sadist, Sadie's Guide to Catching Killers

Sadie's Celebrating the 4th
with a 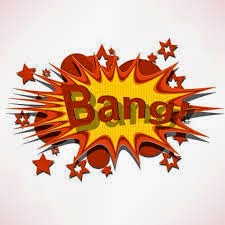 (condom not required to enter) 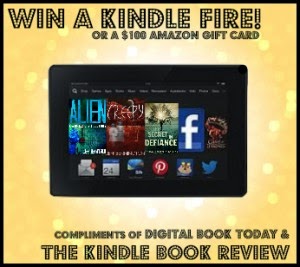 find out more
at

(See the Rafflecopter Entry at the Bottom of This Blog)

Sadie Says: 7 inches of HOT FUN could be yours

Posted by Unknown at 4:27 PM No comments: