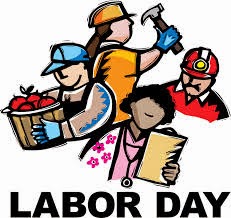 Sadie the Sadist is on a Kindle Countdown
for just .99 cents

for my new Sadie novella: Sadie's Guide to Catching Killers

The book will be released in two versions:
twisted and a bit more twisted


Win an electronic copy at LibraryThing

Posted by Unknown at 6:53 PM No comments:

What makes Sadie the psycho we know and love?

Find out in my new book

to be released later this month

Once upon a time, Sadie was a little girl ... a very strange little girl. Now, for the first time, her story is revealed in Sadie's Guide to Catching Killers.

Part mystery, part horror, part self-help (for those who'd like to murder someone) this twisted coming-of-age story is told in Sadie's own words.

It will be released as a stand alone (novella) in two versions: R-rated=Rad and X-rated=X-tras, uncut.

Here's a sneak peek, the opening of Sadie's Guide to Catching Killers:

My study of murder began in third grade, three days after Thanksgiving, when my father offed my mother.

I found her in the bathtub floating in a pool of blood.

I don’t think it affected me.

I closed the bathroom door, went into the kitchen to make a turkey sandwich, then I turned on the TV. Not a flat screen. Back in 1991, when I was eight years old, we had a console full of toxic tubes spewing radiation into our living room.

Sometimes I feel like I’m back there, even though I’m all grown up and live far, far away. I’m from New York. Not the city, Long Island. A long strip of land in the Atlantic—takes three hours to drive from one end to the other, changing from urban to rural until you reach the points, Montauk and Orient. Then you fall into the ocean.

Too bad I couldn’t drive when I was eight.

Our town is too far from the city to be called a suburb and not fancy like the Hamptons. This town is blue collar, hard-working people who provide services to the rich and famous, and a few stray farmers holding out against developers. Our house looks pretty much like every other on Maple Street. The lawn is tidy, the front porch neat, windows so polished birds fly into the glass then drop dead.

I bury them in the backyard with the other bodies.

Most Sundays Mommy and I get up early and go to church, while Daddy and my little brother stay at home. After church Mommy makes a giganto lunch, and I help.

Today we didn’t eat, because Mommy and Daddy had a fight. (They yell a lot.) Then Mommy had a headache, and she told me to get her pills.

Now the house is quiet, like it should be.

My teacher at church says Sunday is a day of rest, but most Sunday afternoons Mommy gives me chores: cleaning toilets, using a toothbrush to scrub between tiles, vacuuming dead flies that get caught between the windows and the screens.

Today I don’t have to do anything, because Mommy’s in the bathtub.

I climb onto the plush beige couch (our house is beige; the furniture, the walls, the carpet), rest my head on a beige cushion, and kick off my sneakers (hot pink Revs with zebra inserts—rad). Usually, I’d untie the laces, carefully remove my shoes and arrange them side-by-side on the mat by the front door, the way Mommy taught me, but now I let them tumble from my feet and land where they will.

I take a bite of sandwich, set it on my stomach.

Mommy would tell me to use a plate, call me a slob like Daddy.

Donnie, my little brother, comes into the living room, carrying his kitten and practically strangling it. He grins at me, displaying the gap in his front teeth. He’s still wearing pajamas, and a smudge of grape jelly stains the bright green brontosaurus on his chest.

“Is Mommy taking a nap?”

“In the bathroom. Don’t go in there.”

The kitten squirms in Donnie’s arms, revealing its tiny balls. I guess I should call it a him.

“What you want Santa to bring you, Sadie?”

Donnie sticks his thumb between his lips and sucks. If Mommy were around she’d tell him to take that thing out of his mouth, tell him she was gonna smear his thumb with mustard and eat it like a hotdog.

I grab the remote and amp up the TV’s volume, so I can hear the evil king, Zarkon, ruler of the planet Doom, vowing to destroy Voltron’s lion robots.

The kitten escapes Donnie’s stranglehold, hops onto the couch, and sniffs my turkey sandwich. I run my fingers down its back, think about snipping off its little balls. Mommy said they have to be removed, so the cat won’t spray. She said big cats squirt this stinky stuff to mark their territory. I’d like to mark my territory and make this couch off limits to Donnie. (He just wiped a glob of snot on the seat cushion.) How long does it takes to drown a cat? Less time, I bet, than it would take to drown my baby brother.

“Voltron: Defender of the Universe.”

“Could we watch Sesame Street?”

I hand him half of my sandwich, my eyes glued to Princess Allura.

Donnie bites into the bread, spits out the meat.

Even at age five, my brother is sensitive.

“How should I know?”

Daddy spends hours in the basement working on stuff he calls projects. He doesn’t like to be disturbed. The basement door is next to the kitchen, and I can see it from the couch. Closed and locked. One time Muffy followed Daddy downstairs and never came back. Muffy was our Yorkshire Terrier. Donnie and I are forbidden to enter the basement, except when Daddy makes us go down there for punishment, and we have to sit in the chair. In our house, the basement is the only door that locks.

Before I can stop him, he scrambles down the hall past the kitchen, past the door leading to the basement, the feet of his footed pajamas catching on the carpet. He stops at the bathroom door.

His small hand reaches for the knob.

(Note: for the sake of clarity, henceforward, I’ll refer to them as Kitty Muffin and Doggie Muffy.)

I click off the TV, watch the picture fade.

I hop off the couch, crumbs from my sandwich falling on the carpet, and get to the bathroom door as Donnie shoves it open.

The woman in the bathtub doesn’t look like Mommy. She’s sort of floating and her face is bloated, greenish like the mask that big kid across the street (I think his name is Jason) wore for Halloween. Mommy’s hair is a tangled mess and her makeup is blotchy. She stinks. Bloody water overspills the tub, leaving a pinkish puddle on the tile. The bathmat is stained brownish red. I wonder when the maggots will show up. I wonder if they’re inside Mommy now, writhing, twisting, turning, as they eat their way out.

Donnie wails, his small fists digging into his eyes.

I lead him away from the tub, and we back out of the bathroom staring at what used to be Mommy, pull the door shut till the catch clicks.

Then I go to the kitchen, climb onto a stool so I can reach the wall phone’s receiver, and call 911.

Posted by Unknown at 7:52 AM No comments: